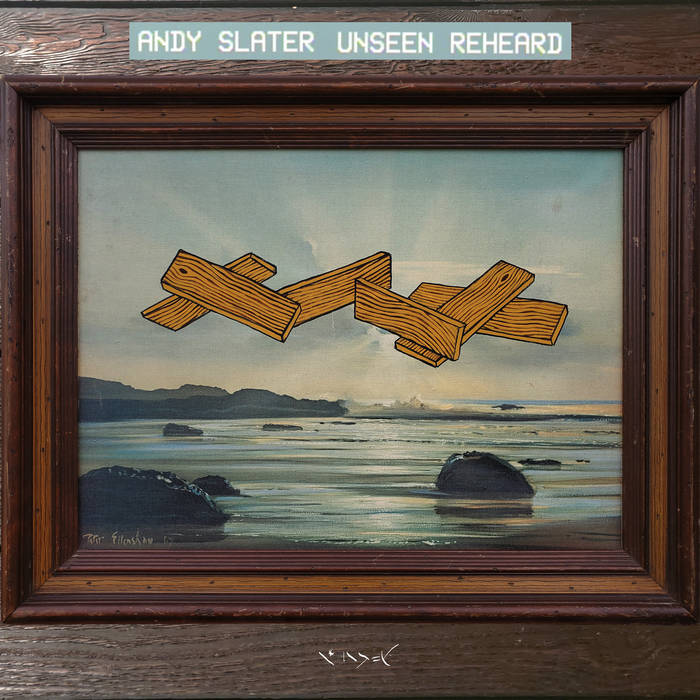 Andy Slater is a legally blind musician, performer,
installation artist, and disability advocate. He is the founder of the Society of Visually Impaired Sound Artists and director of the Sound As Sight accessible field recording project. His current compositions use the sounds of modern, antiquated, & experimental accessibility technology, echolocation, and spacial recordings of his white tipped cane to control the narrative of his own experience as a blind person.

"When a visually impaired person listens they are employing their ears in many ways. Safety, spacial identification, problem-solving, navigation and wayfinding, and of course pouring a drink. Our hearing isn’t magical but if you ask I will tel you that it is. It is safe to say that my listening practice and routines are different from most sighted people because of how I’ve trained my ears. Installation artist, Christine Sun Kim, who is deaf, has stated that hearing people are all passive listeners. I would like to up the ante and claim that sighted hearing people are the passive ones. Many of us blind folks are hyper-active listeners including yours truly. I use this accusation to drive the work on this album and ask that the viewer keep my magical hearing in mind. The title, Unseen Reheard, was inspired by an obscure weird science theory that makes the assumption that blind people can hear transdimensionally by being in tuned with the subharmonics of the universe. It is called Crypto Acoustic Auditory Non-Hallucination and was proposed by Dr. Janet Herman in the late 1960s. Dr. Herman studied blind people who claimed to have heard things, events, beings, and undescribables that were not visually apparent to sighted people. None of this has been proven and I’m not sure it should be but the idea is more than intriguing.

Every sound on this album was recorded on an iPhone/iPod using screen reader-compatible iOS recording apps and their companion microphones. After 25 years of trying to work in the field recording medium I can finally do so. Forget those $666 digital mammoths, these things fit in my pocket and are blind person accessible. The work was composed and mixed in ProTools, which is also blind person accessible."
-Andy Slater

Unseen Reheard was recorded over the span of 2018-2019 in the following locations: The SETI Institute in satellite array in Northern CA, the haunted Old Castlemaine Jail outside Melbourne, SF, LA, NYC, Milford, CT, Chicagoland, Universal Studios Orlando, and Toronto, Canada.

No Index? No shit.

Bandcamp Daily  your guide to the world of Bandcamp